Ashi Point Shiatsu crucially incorporates correction of the alignment of the pelvis. To introduce and explain Pelvic Correction here is a conversation between Alexander Barrie, MRSS, RCST, ABSPC, the founder of the Pelvic Correction System, and Wei Wu Felber, MRSS, MBA. Shiatsu Therapist.

Wei: Alexander, what prompted you to create the Pelvic Correction System?

Alexander: If we chose 100 people at random, 97 of them would have aches and pains in parts of their anatomy. Early in my therapeutic career I made a fundamental observation: Clients with acute and chronic aches and pains share the characteristic of pelvic misalignment. So, I set about the intensive study and extensive development and practice which led to the creation of the system of Pelvic Correction.

Wei: Can you explain the physiology that makes pelvic alignment so very important?

Alexander: The pelvis is the foundation of the human skeletal frame. The pelvis and the spine form a cross. When the pelvis is properly horizontal, the spine will be straight and vertical and the legs will be too. The moment the pelvis becomes misaligned, even dislocated, for whatever reason, the bones below it and above it become disorderly too. Then you see the body suffers from pathological changes at particular joints, e.g. the knee and ankle; the shoulder, elbow and wrist; the neck; and, of course, the back. The body tells us something is wrong by sending messages of pain.

Wei: Your Pelvic Correction System, which I have been able to study at first hand at our Clinic, offers relief from so much of the pain we see our clients suffering. You must be proud of that.

Alexander: Well, I’m pleased the System helps so many people and, I may say, I’m delighted that you have successfully incorporated it into your Shiatsu practice.

Wei: Thank you for making it possible. 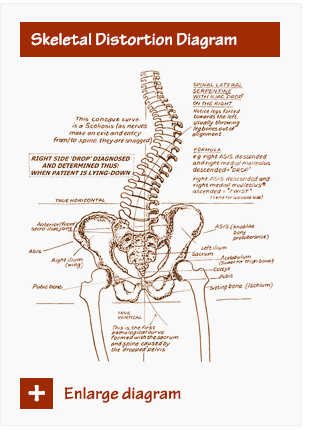